A Euro-Med company, straddling any cultural, religious and linguistic barriers and operating on a 24/7 basis with a multi-lingual and highly experienced workforce 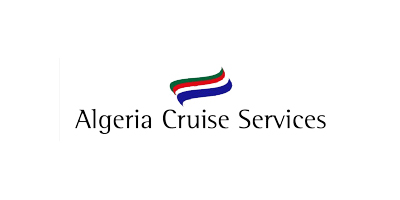 Ivan Mifsud, Managing Director of Mifsud Brothers Ltd, Malta and Mourad Larbi, Managing Director of Magic Tours Sarl, Algeria have known each other for over ten years and in 2005, joined forces to design and operate quality shore excursions from all the major ports stretching from Oran Ghazaouet on the West bordering with Morocco all along the Algerian coast to Annaba on the East bordering with Tunisia. Shore excursions are our passion and we leave no stone unturned to be the best wherever we operate.

In Malta, Shorex clients include Cunard, Seabourn, SeaDream, Star Clippers, Holland America, Lindblad, Phoenix Reisen and Viking Cruise Line. In Algeria, which is an emerging cruise destination, the first cruise call only took place in 2005. We entered the market in early 2006 and since then we have successfully handled the MS Amadea on the 4 May 2006 with 400 German speaking passengers and on the 23 October 2006 we handled the first ever American ship to call in Algeria – the Silversea MV Silver Cloud. As a result of Libya’s refusal to issue tourist visas to Americans, we were presented with the challenge of handling two private jet tours for Eco-Expeditions and Bushtracks in November and December 2006 respectively. These 4day/3night groups put us on the cutting edge of tourism in Algeria and even got us involved in the first ever utilization of the military airport of Setif to land a foreign jet. We have a growing list of clients which include Zegrahm, Saga Shipping, Thomson, Fred Olsen and Hapag Lloyd calling in a number of different Algerian Ports.

Being a Euro-Med company, we straddle any cultural, religious and linguistic barriers and we operate on a 24/7 basis offering a professional and reliable service. Our staff are multi-lingual (English, Italian, French, German, Maltese, Arabic and Amazigh) and are very experienced in handling cruise ships.

Although Algeria Cruise Services does not have a direct interest in a Port Agency Company in Algeria, it has worked alongside several companies and over the years has formed opinions on the reliability and efficiency of these companies.

As ACS has a strong indirect interest in ensuring that Port Operations are the best available, in order to ensure swift clearance for timely dispatch of passengers on its Shore Excursions, and also effective support with Immigration Authorities when there are last minute additions or amendments to the shorex manifest. Consequently, ACS will be happy to assist in the selection of a reliable Port Agency.

Shore Excursions: A selection of tours is available for the ports of Algiers, Annaba, Bejaïa, Ghazaouet, Oran and Skikda.

Land Tours: Land programs ranging from a few days or longer can be organised to most of Algeria. Contact us for a proposal.

Scroll to top
We use cookies on our website to give you the most relevant experience by remembering your preferences and repeat visits. By clicking “Accept All”, you consent to the use of ALL the cookies. However, you may visit "Cookie Settings" to provide a controlled consent.
Cookie SettingsAccept All
Manage consent

This website uses cookies to improve your experience while you navigate through the website. Out of these, the cookies that are categorized as necessary are stored on your browser as they are essential for the working of basic functionalities of the website. We also use third-party cookies that help us analyze and understand how you use this website. These cookies will be stored in your browser only with your consent. You also have the option to opt-out of these cookies. But opting out of some of these cookies may affect your browsing experience.
Necessary Always Enabled
Necessary cookies are absolutely essential for the website to function properly. These cookies ensure basic functionalities and security features of the website, anonymously.
Functional
Functional cookies help to perform certain functionalities like sharing the content of the website on social media platforms, collect feedbacks, and other third-party features.
Performance
Performance cookies are used to understand and analyze the key performance indexes of the website which helps in delivering a better user experience for the visitors.
Analytics
Analytical cookies are used to understand how visitors interact with the website. These cookies help provide information on metrics the number of visitors, bounce rate, traffic source, etc.
Advertisement
Advertisement cookies are used to provide visitors with relevant ads and marketing campaigns. These cookies track visitors across websites and collect information to provide customized ads.
Others
Other uncategorized cookies are those that are being analyzed and have not been classified into a category as yet.
SAVE & ACCEPT